When myself and Michael Novak took over the company our main goal was stability. We did not care about numbers or profit, we just want San Andreas to get a consistent service from start to finish. This was not going to be an easy task, and we are still working on ensuring we do so. We've been keen on new blood and have been concentrating on recruitment as we want people to better their lives. If you're a hard worker who is keen to learn you will always be welcome at Elite Trucking. The past few months have not been easy with sickness and unpaid leave on the rise, which has also affected the Management team - this has made it much harder to get deliveries out on time but it's something we have worked extremely hard on. Remember, if you need a delivery you can always give us a call after your order has been processed.

Previous management dating back to 2014 have always had a minimalist approach to the staffing at Elite Trucking, but we're different. Without trying to sound too much like an English MP, we want to create more jobs for more hard working people within the county and if you're a hard worker then you are welcome. Our initial aim was to hire twenty more people in to the business, we now have over thirty employees. We are now San Andreas' biggest employer in the private sector, a fantastic achievement. We will be closing recruitment in the next couple of days whilst we have our quarterly performance reviews and then we will begin the hiring process once again. If you submit your application and recruitment closes before you've completed the process then you will still receive your interview and practical test. 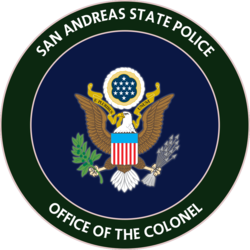 The San Andreas State Police recruitment opened on the 1st of August for Batch #37, in just one week we have seen one of the largest influx in applicants, making it one of the most competitive recruitment batches in recent months. Due to the large influx amount of applications, we have decided to extend the application deadline until 11:59PM, 11th August, 2016.

I'd also like to pass my congratulations to all the applicants who have been successful for the position of cadet, who are eagerly anticipating the Academy sessions, which are to be held as followed:

Recruitment is at a year high, achieving almost double the amount of successful applicants in comparison to this month last year, we'd like to thank all parties involved, including Director of Recruitment Ronnie Moyles, for making Batch #37 run as smooth and as efficiently as possible.

Montgomery Park, also known as Monty Park is a small public square located in the center of Montgomery here in Red County. Monty Park is hot spot with all members of the Red County community, however today I went out to explore exactly why that is the case. During an interview with one member of the community, Miss.Turner she had this to say,

"I don't know, I assume [People come to Monty Park] because one person comes here, another one rolls around and they want company, and over time time people gather and mingle, human nature I guess."

Another, instantly recognizable member of the community who goes by the name Herb' he had this to say as well,

"Some people say it's been like this since the eighties; It's where all the new people come when they move to Red County."

Whether it be the amazing dancing, great music, human nature or just a coincidence one thing is for sure, Montgomery Park's popularity has and will remain high for years to come. A place where all people can come, get along, have fun and make new friends. For SAN News I'm Katia Cortez. 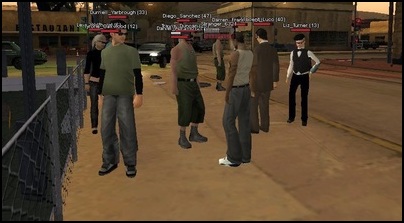 Another month, another batch of fully-pledged Troopers! This month of August, the San Andreas State Police would like to congratulate the 13 members who struggled through a long and harsh month of constant watch and patrol whilst enduring the pain-staking and life-risking situations. Congratulations to these troopers: 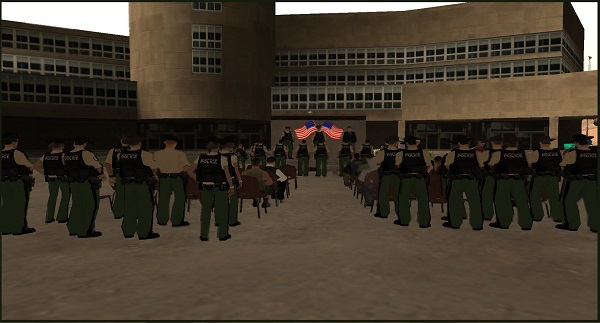 If you are looking forward to becoming like one of these fully-pledged heroes, then submit your application for the San Andreas State Police today by clicking here.